Finally, I decided to write a series of short blog posts about my internship at Redmond this summer, like I did last year. So this post will be covering only Windows Azure-specific topics. I hope you’ll get an idea about the company and may want to apply for jobs there. 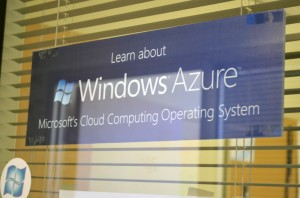 What is Windows Azure? (boring part)

Informal definition: It is like Google App Engine, but you’re deploying ASP.NET applications instead of Java, but you can access to your instance like Amazon EC2, it also has storage service offering like Amazon S3, but it is better and it also has a cloud relational-database like Amazon RDS. That means when you create an app, you can run it on 20 machines immediately. Everything is on the cloud, you have really less operations and migration costs.

Why have I worked at Windows Azure?

Because in the interviews I had in Dubai, 4 team leads from Microsoft interviewed me and the one who has chosen me to his team was working at Windows Azure.I had a good conversation about cloud industry and distributed databases with him during the interview.

If some other guy would choose me, I might be working on Microsoft Dynamics. (you haven’t heard this before, right? me neither.) Definitely by chance.

me -> my manager -> his manager -> a general manager -> a corporate vice president -> a president -> a ceo (I met the GM, VP and had chance to listen to CEO, they’re all amazing people) Whoa! That may look like a ton of hierarchy, but remember this company has almost 90,000 employees and half of them are working around Redmond. It is one really big campus.

What I have done at Windows Azure?

I can’t disclosure that, since it is confidential. :) I can say that I worked on several projects regarding performance benchmarking of Windows Azure.

Before working at Microsoft, I wasn’t even using Windows for a few years and I haven’t developed Windows-specific software since 2004. 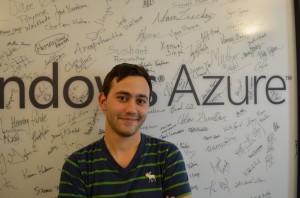 Azure compared to other Windows teams

I guess there are more than a few hundred product and research teams in Microsoft and even Steve Ballmer can’t count’em all. Azure is just a few years old project and there’s a lot innovation in cloud industry that they should invent or catch up as you might guess. This makes this team more proactive and continuously-iterating when compared to less active product teams.

Before interviews, my first three choices in Microsoft were Windows Phone, Azure and Bing. They look pretty fancy these days. :)

That’s also confidential and to be honest I don’t know the numbers either. The only thing I know is from the news, it is still behind the biggest competitor –Amazon Web Services. Anyway, I bet the codebase and engineering behind Azure is a few times more than AWS. In such situations we, engineers, always blame marketing and sales guys. :P

I have spent really good time in this product. I have had chance to learn about answer of the big question: “How to design a cloud computing platform?” Even this was worth spending the whole summer here. I have had chance to see what is real-world programming once more, how do big companies work, how is the industry is like in the US and valley.

I’ve met “really brilliant” minds and had chance to have technical conversations with them, I’ve met people from lots of different countries and established friendships.

I will miss Redmond and all this summer.