Last weekend, I finished an iOS app that checks if latest Apple products are available for pickup in nearby Apple retail stores called In-Stock. It got rejected from App Store and no way it is getting in. So I’m open sourcing it. It looks like this: 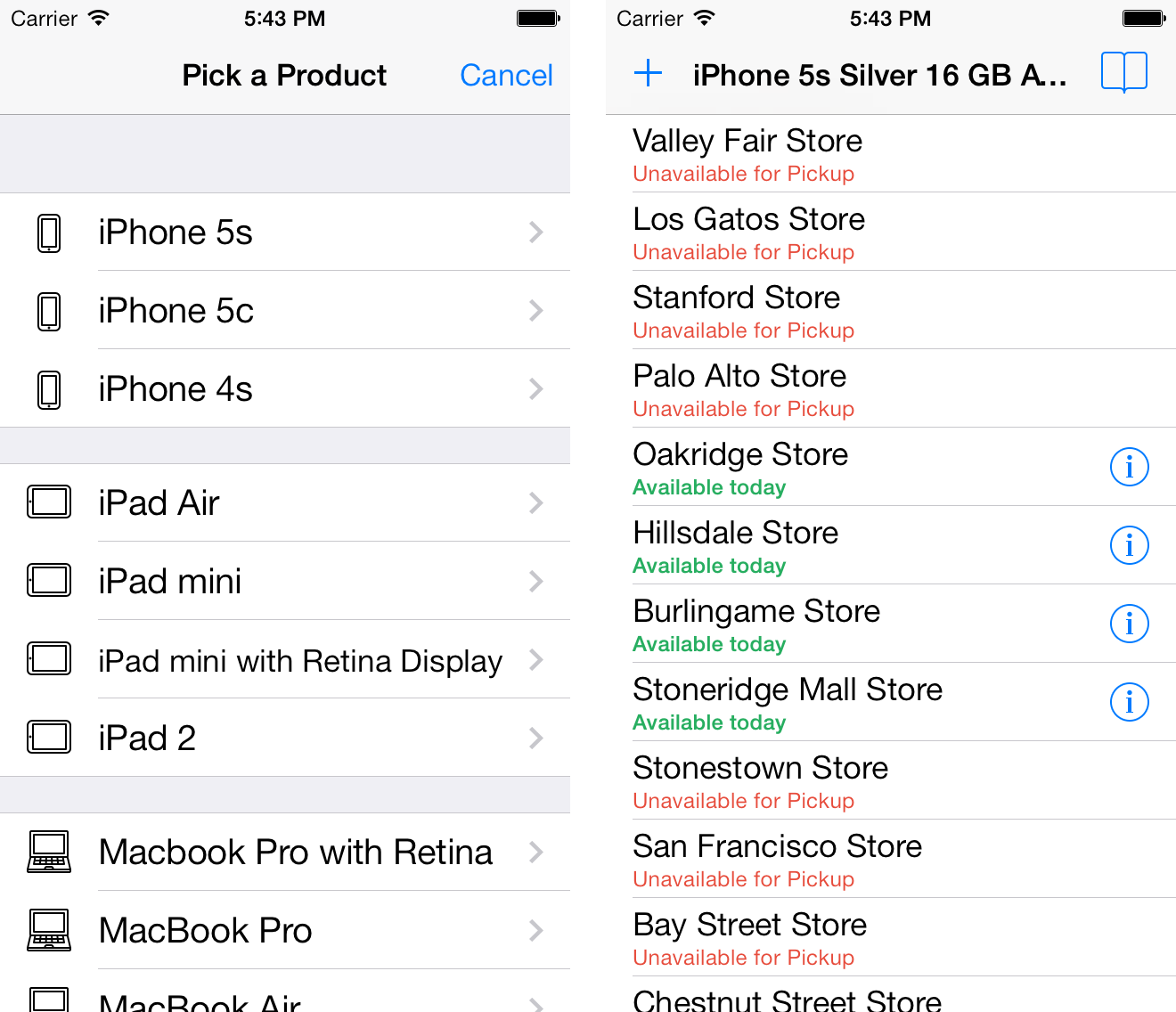 This app makes it dead simple to check availability of a new iPhone in town. It gets the job done in 2 seconds, compared to at least a few minutes you would spend on store.apple.com which has no mobile web interface.

After a week of waiting the App Store review process, it turned out scraping Apple websites and building apps on top off it is not allowed —even though you provide a disclaimer saying that data directly comes from there.

Anyway, it’s been a fun weekend project and I’m open sourcing it. Anyone with iOS Developer license can install the code on their iDevices. Personally I’m waiting for an , so I added that one in the app and hoping to get one soon.

Feel free to grab the code from GitHub and see the website I made for this unreleased app which has a cool video showing user interface of the app.

So if you’re a developer with iOS Developer License, feel free to check out the code and install on your device. Let me know about what you think.