Many Google Cloud Run users are starting to develop containers for the first time, but often they are migrating their existing applications. Sometimes, these apps aren’t designed as microservices that fit one-process-per-container model, and require multiple server processes running together in a container.

Often you will hear “running multiple processes in a container is bad”, although nothing is wrong with doing so, as I explained in my previous article comparing init systems optimized for containers.

In this article, I’ll show a not super production-ready (hence “the lazy way”) but working solution for running multi-process containers on Cloud Run, and will provide example code.

Coming to Cloud Run as a new user, you might need to run multiple processes in a container for all sorts of reasons like:

In this article, I’ll use the nginx example. We want to develop a container image that runs nginx server, as well as your server app.

We will run nginx on main Cloud Run port (8080), and your server on 8081 as nginx will route traffic to your application like:

Every container must have a single entrypoint process. When entrypoint exits, which the container dies. Therefore, you still need a single “entrypoint script” to start both servers (nginx and your app).

If one of these servers terminate (indicating something is bad), your entrypoint script should also terminate quickly instead of trying to revive the server processes (as the container will be restarted easily anyway).

This entrypoint script is not so much of a “nanny process” that supervises the subprocesses and restarts them. It rather waits for one of them to terminate, so we can fail fast by exiting the container.

In this example, you write a bash script to be the entrypoint of your container that starts and waits for the actual servers you want to run:

Entrypoint process of a Linux container runs with PID (process id) 1, which has special responsibilities, such as (but not limited to):

When we make our entrypoint a bash script, it can’t do these things. Since Cloud Run apps are meant to be stateless (and are be killed at any time ungracefully), we don’t care as much about signal forwarding behavior.

However, zombie child reaping can be a problem, especially when you run programs (like nginx) that start a lot of short-lived child processes as their children will get parented to the entrypoint.

To handle these situations, you can insert a small init process like tini to be the new entrypoint of your container and start the script from there (as tini still can’t supervise multiple children that we need): 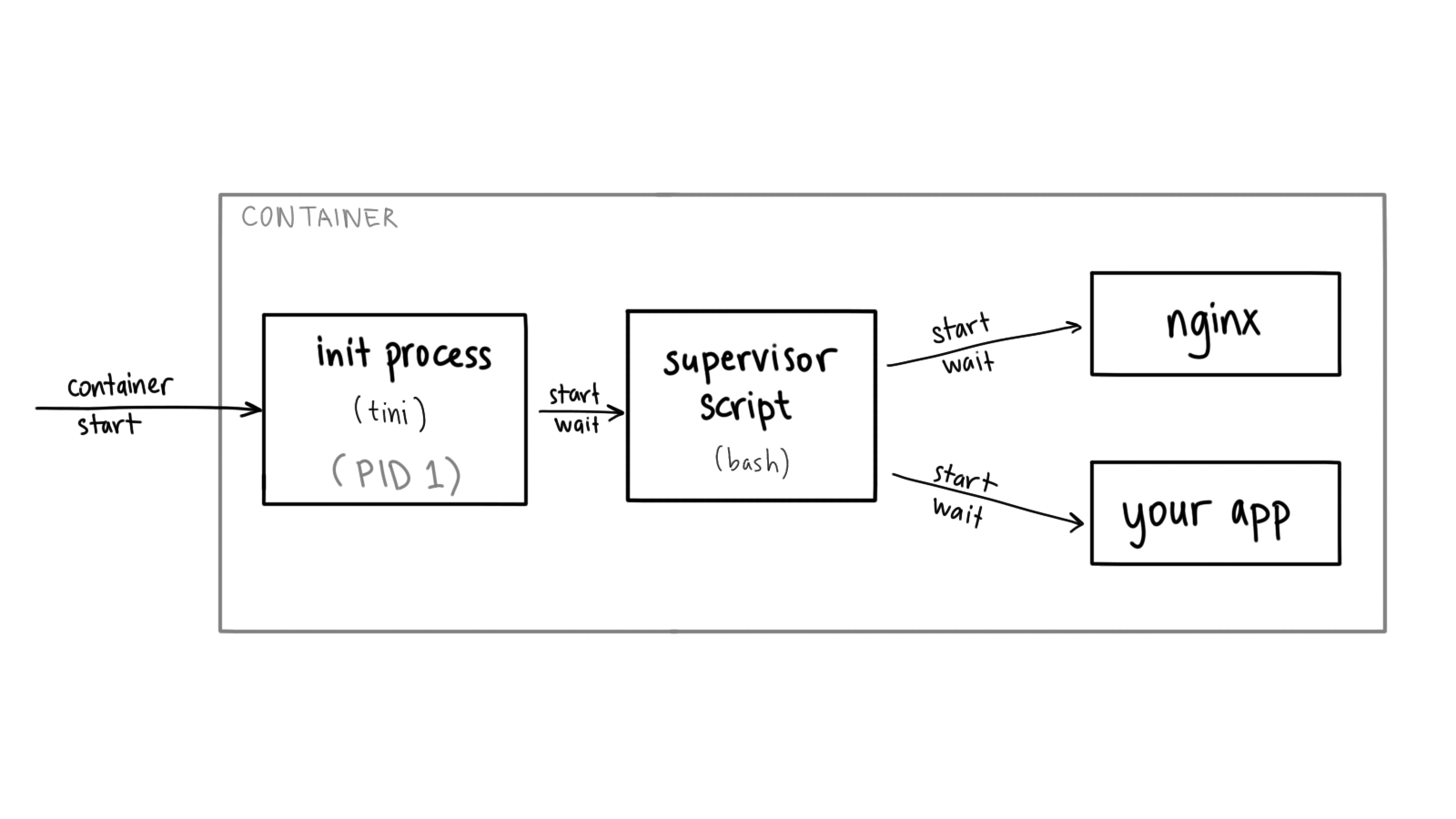 In this case, tini helps you reap the child processes. Refer to the Dockerfile in the repository to see how tini integrated as the new ENTRYPOINT.

As promised earlier, here’s a repository containing the Dockerfile and source code of the container with NGINX that serves static assets on /static/* and proxies everything else to a Python server.

Once you deploy this container image to Cloud Run, you get a container serving traffic from multiple processes running in a single container.

You can read my previous article on comparison of init systems for containers to learn more about other options you have for running multiple processes in containers.

Hope this helps you migrate your existing or legacy applications to Cloud Run and take advantage of serverless containers. In the next blog post, I will explore using an actual init process (instead of bash) to supervise the sub-processes.