Google’s serverless containers as a service (CaaS) platform Cloud Run claims to implement the Knative API and its runtime contract. If true, this would mean that with the same YAML manifest file, you can run your apps on Google’s infrastructure, or a Kubernetes cluster anywhere.

Knative implements a lot of autoscaling and networking goodies directly on top of Kubernetes APIs. However, Google Cloud Run does not have Kubernetes, so it is actually a “reimplementation” of Knative APIs on Google’s infrastructure.

In this article, I’m going to walk you through parts of Knative API that work and that are not yet supported on Cloud Run.1

Furthermore, the Cloud Run REST API implements the Knative Serving API specification to extend the compatibility to the control plane as well. (I’ll review how much of it is fully implemented and what parts are not in the next article.) 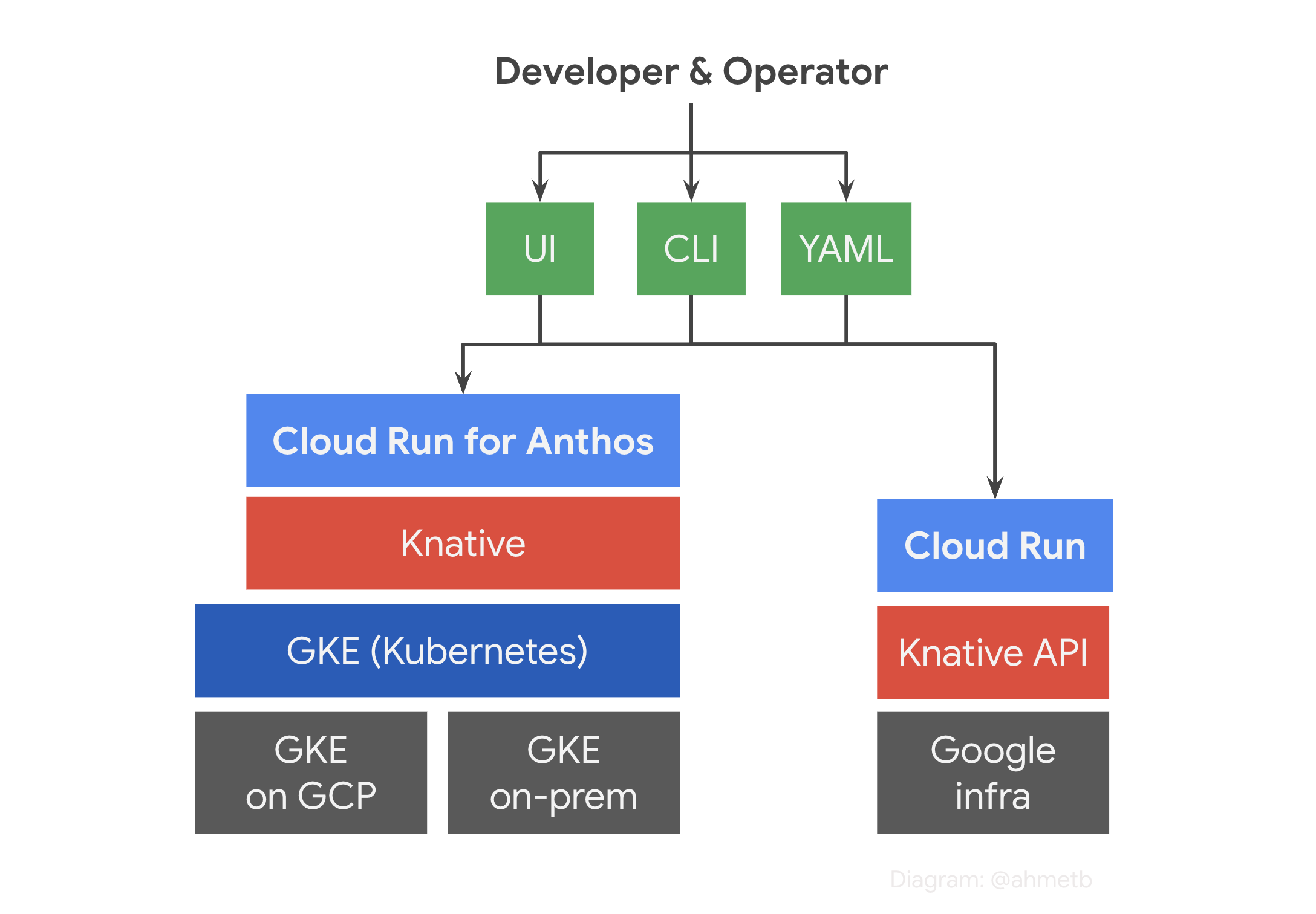 This example intentionally omits all the parts that don’t work on Cloud Run. 😼 However, just like kubectl apply, you can use this command to deploy Knative Services to Cloud Run. Now, let’s talk about the parts I intentionally hid from you.

Parts that do not work (yet)

Parts of Knative Serving API are not implemented on Cloud Run yet or forever. 1 These cases usually stem from one of these reasons:

If you take a look at Knative RevisionSpec type on Cloud Run REST API reference and search for search not supported, you’re going to find many API fields aren’t supported yet. 1

Knative features that aren’t part of the API Specification

Knative makes heavy use of Kubernetes annotations and labels to configure many aspects of a Service (autoscaling, visibility). These annotations are not defined in Knative API spec, so naturally, Cloud Run may treat the unimplemented ones as free-form key-value pairs2 and silently ignore.

Parts of the API that work differently

Cloud Run is still improving. If anything above prevents you from using it, you can always opt in to use Cloud Run for Anthos, which runs on a GKE cluster with the open source Knative Serving implementation.

Otherwise, I recommend moving to declarative deployments on Cloud Run with gcloud run services replace (currently beta) or Terraform and automate your rollouts!

I hope you enjoyed this honest API review, I see no harm in discussing the parts that aren’t there so we can get your feedback and make it better. After all, my job is to make sure developers have a fun and productive time on Cloud Run. If you have comments, feel free to hit me up on Twitter.